On Saturday, December 3, 2016, this year's Carl Stahl U14 Indoor Junior Cup took place in the Ankenhalle in Kuchen. The annual highlight in the calendar of the organizer VfR Süßen. A top-occupied tournament with the junior teams of well-known clubs from the 1st, 2nd and 3rd German Soccer League. The Carl Stahl U14 Indoor Junior Cup is considered one of the best tournaments in the region and a tournament of special quality. Football was once again offered at its best, as the matches were, as in the previous year, on a very high technical and competitive level. Some of the young footballers will certainly make the leap into the professional field in a few years. It was not for nothing that the scouts of large clubs were present at this tournament. The following teams participated in the 2016 Carl Stahl U14 Indoor Junior Cup: 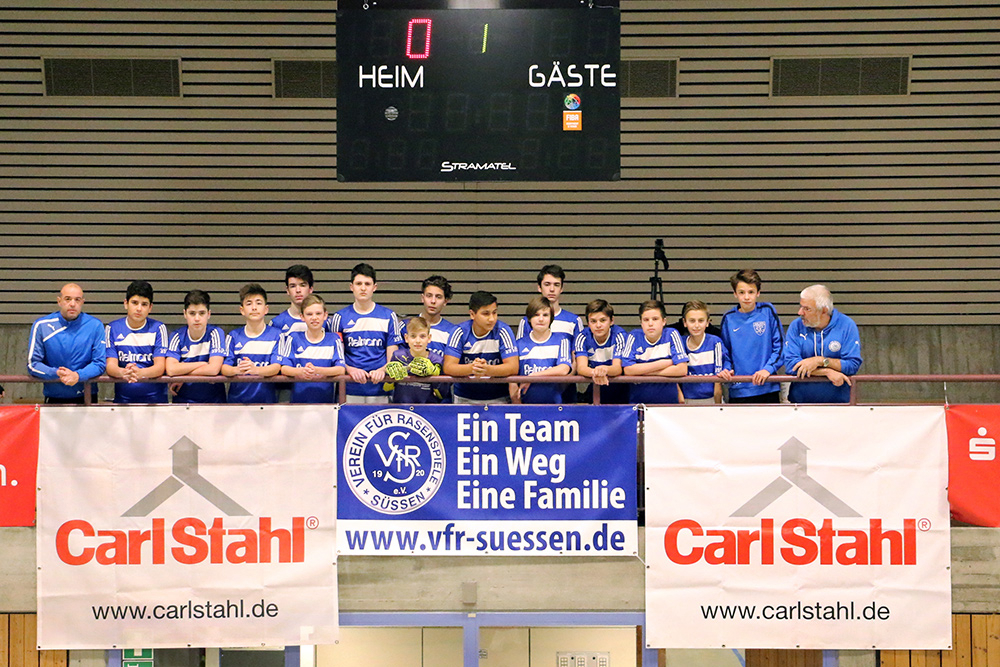 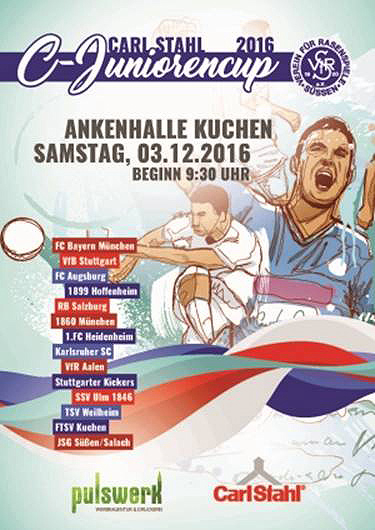