Economic conurbations such as the Greater Munich area regularly offer local companies trade fairs at which they can present themselves as attractive employers for future junior staff. The "Stuzubi" student fair in Munich has been held every year since 2007. Last on Saturday, 11.1.2020 in the Kulturhalle Zenith with more than 3,000 pupils. Due to the great demand, the organizers will now hold the fair twice a year starting this year. This clearly shows the importance of such events.

Carl Stahl as a traditional Munich company and a training company awarded a prize by the IHK (Chamber of Industry and Commerce) was of course also represented with a representative stand. The company from Ottobrunn no longer has to hide behind the large global players such as Siemens, BMW, etc. In times of a changing economic environment, medium-sized companies in particular are moving back into focus. The Carl Stahl trade fair team was very satisfied with the course and the response of the visitors and was able to hold many interesting discussions. 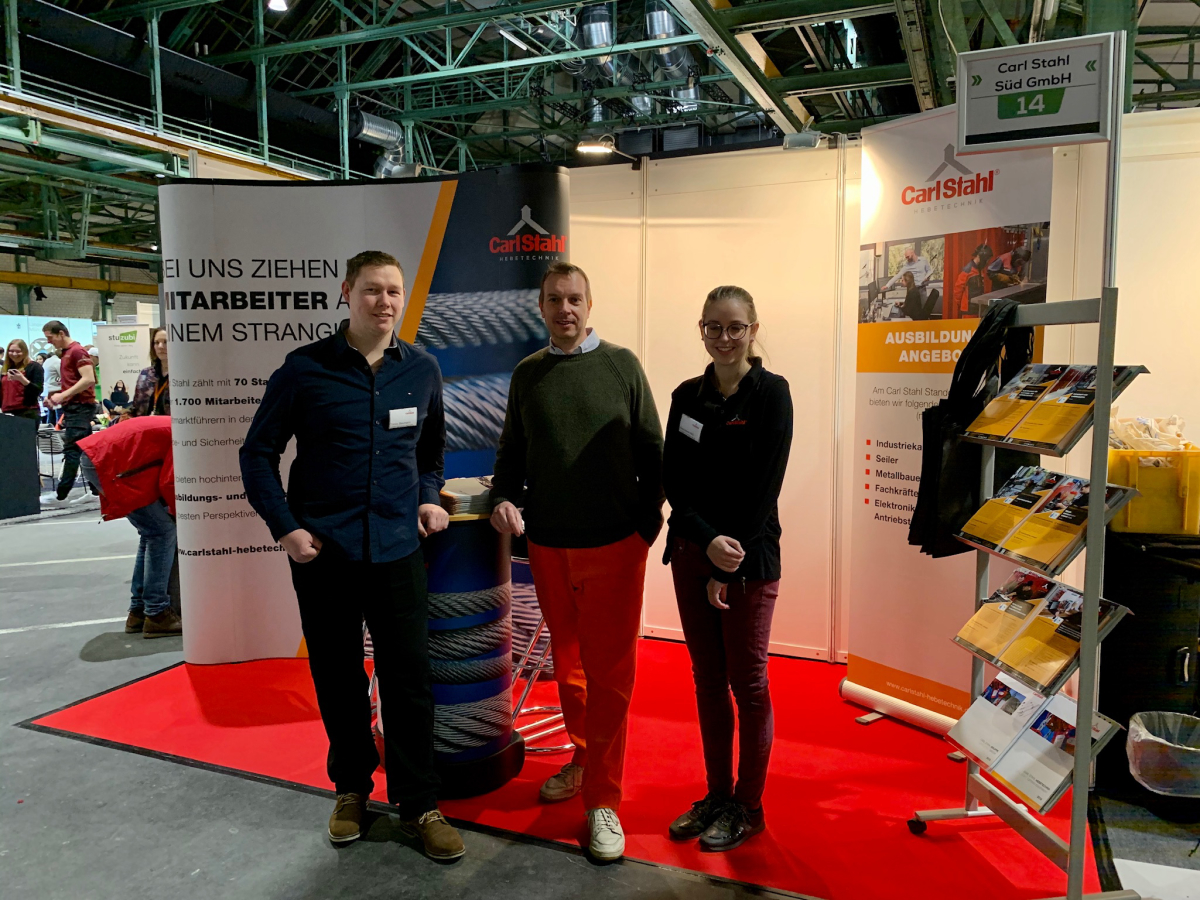